NO. IT. DOES. NOT. It mocks Nazis [and, as I too missed, on first writing, it mocks some of the liberal commentary on how deserving conservative Texan’s might be, which I hadn’t seen – see Areo link later]

Idiots are doing 2 + 2 = 5 again. Reading their own interpretation into a simplistic view of Hebdo.

Aryan Brotherhood of Texas is a neo-Nazi organisation.

Bayou Knights of the Ku Klux Kla is present in Texas.

Hammerskins were formed in Texas.

Resistance Records is headquartered in Texas.

Now, you might want to bear in mind that this next link is based on the notoriously dodgy SPLC, but according to them there are about 55 ‘hate groups’ in Texas – and even allowing for SPLC bias and lies, that would still likely leave a few.

About the only real complaint one could make about the Hebdo piece is “Too soon!” But topicality, satire, irreverance, is their thing.

A question: Is Hebdo’s message any worse than the many religious people in Texas thanking God for their survival, while ignoring their imaginary friend’s failure to protect Texas from the storm? Or that Texans deserve the ‘biblical’ flood?

Update: On these other aspects of the meaning of the cover, and how Hebdo’s satire operates – recommended reading: What Charlie Hebdo Can Teach Us About the Nature of Satire

Anyway, even if ‘tasteless’ is an appropriate description, the typical hysteria around Hebdo, which is based on past misrepresentations that have created this image of Hebdo the Haters, is misplaced.

Headless May, Yet Still, Je Suis Charlie – Including how Hebdo explain themselves

I’m sure Chalrie Hebdo staff must feel that Sisyphus had it easier than this. Having to explain Charlie Hebdo, again, and again, …

I made an attempt a while ago: Amatrice Pasta, Yet Still, Je Suis Charlie, when the Italian victims were on the cover but the target was Italian politics.

This time the images are of London victims fleeing ISIS, and Theresa May, head under her arm. 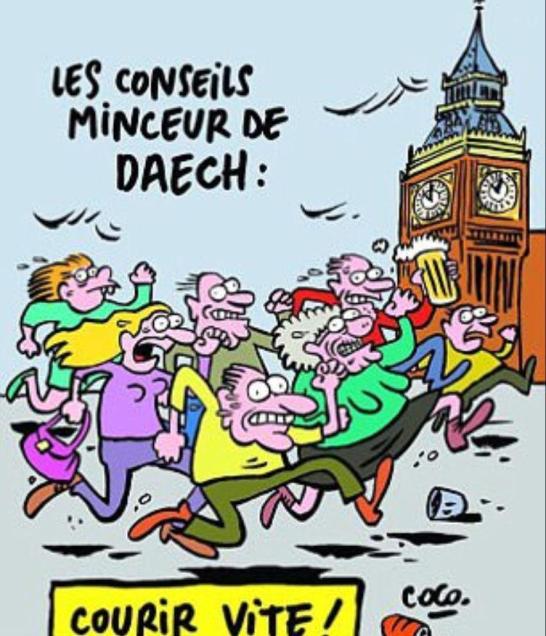 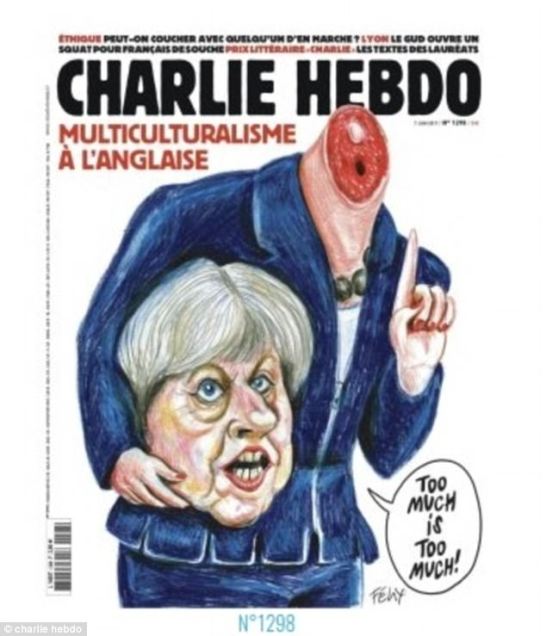 CH is not mocking the victims but those that contribute to the creation of victims. CH asks you to think. The image is the shock that makes you question. But if you just look at the image and jump to your own simple conclusions based on that alone, it is YOU that is failing to think.
END_OF_DOCUMENT_TOKEN_TO_BE_REPLACED

Yet again idiots around the world write clueless articles that incite horendous tweets, one actually suggesting Italians go and shoot up the offices of Charlie Hebdo [sarcastically, I’m assured] . 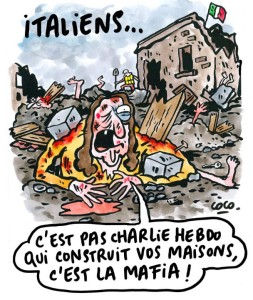 Shooting the messenger because YOU don’t get the power of satire? You are squandering the opportunity to address the problem, in such a manner you will fall silent with embarrassment for getting it so wrong (see later).

Amatrice sits in an unstable region of Italy, and this is well known. The techniques to retrofit safety measures to the houses in these old villages is available. It’s not as if it’s a new phenomenon. Accumoli, Posta and Arquata del Tronto.

“It’s not Charlie Hebdo that built your homes , it’s the mafia!”
END_OF_DOCUMENT_TOKEN_TO_BE_REPLACED